Sunday April 29th 2012.
Eighty seven birders set sail from Ucluelet, BC aboard the MV Frances Barkley on a seven hour voyage to La Perouse Bank in search of pelagic seabirds. The trip was a fundraiser for WildResearch’s scientific programs. Many of B.C's best birders were on board to help the rest of us identify the many species we encountered. It wasn't long before we spotted our first Black-footed albatross and flock of Sooty shearwaters. One of non-birding highlights were two sea otters who were feeding 14km from shore, something that had all of us shaking our heads. We were also privileged to watch a least a dozen humpbacks feeding and breaching.

It has been a year since my last visit to the Great Blue Heron Reserve in Chilliwack. Am I glad I brought sunscreen, after only 20 minutes I had already began to burn! Don't leave without it and a hat.
I can't say how many herons are nesting, perhaps 40-50 which is about the same amount of people who were arriving non-stop to view the wonder. The heron may not be the most graceful of birds but to see them bring nesting material back to the roost is truly amazing. Every five minutes, the male bird floats off the nest and returns a few moments with another stick. They seem to be collecting Cottonwood branches that have fallen to the ground during the winter, other birds came back with live willow branches. The slightly larger male gives the material to the female who stays on the ever expanding nest. There is much squaking and posturing that is quite laughable.


I then decided to see if there were any warblers in the forest to the east of the gift shop. I had been on the trail less than a minute when out of the corner of my eye I thought I saw a movement, but it wasn't a bird but an American mink. I had seen them in the Khutzemateen but never in the Lower Mainland. Love them or hate them they are what they are.

After a few quick shots, I came across 5 of 6 frogs or toads (I've yet to ID any of them) and finally three Eastern cottontails.
Quite an afternoon while waiting for my wife to return to Abbotsford Airport from her trip to Saskatchewan.
Other birds noted were Turkey vulture, Savannah sparrow, House finch and an American robin on a nest.

Friday April 20th 2012
My first visit to Maplewood for six months. The new bridge construction on Hwy 1 makes for a torturous drive from Cloverdale so I prefer to go where there is less congestion.
Anyway, the highlight of the day was my first sighting of a reclusive Virginia rail which was kindly pointed out to me by a fellow birder (Melody). I would have never seen it as I was so pre-occupied by the flock of Ruby-crowned kinglets that were flittering from tree to tree.


Eventually I did get a few shots of both plus a yellow-rumped (myrtle) warbler.

Earlier I came across a flock of Red crossbill feeding on algae like seaweed. A pair of pine siskin were also feeding on the material (see the not so great picture)

httpp://birdinginvancouver.wordpress.com/site-guides/maplewood-conservation-area/
Posted by John Gordon at 11:03 No comments:

A small of flock of Black-bellied plover accompanied by a dozen Dunlin with both species showing striking breeding plumage feeding on the mudflats . Four lesser yellowlegs. A par of Gadwall on the inner pond. A pair of American goldfinch. A large flock of Pine siskin. Numerous Green-winged teal and Rufous hummingbirds.. A pair of House finch plus many of the usual suspects, too many and too late to list here.Across the water at Mud Bay, a Savannah sparrow and numerous Greater yellowlegs sheltering from the cold wind. A pair of Mule deer were also feeding in the march and then on the beach.

With my fast approaching Flower Photography workshop April 14th 2012  I thought I might take the short drive over to Hi-Knoll Park on the Langley/Surrey border to see whether any colour was showing. It has been a cold few weeks here in British Columbia's Lower Mainland so the wild flowers are a week or two behind.
Not only is High Knoll home to barred owls and other forest dwelling birds it also has a few rare pink fawn lilies. The white lilies are easily found throughout the forest but I could only find one of the pink variety. Here are the results of my short walk in the park on Easter Sunday. I used a very shallow depth of field to remove distracting backgrounds.

To find out more about
Easter and Lilies 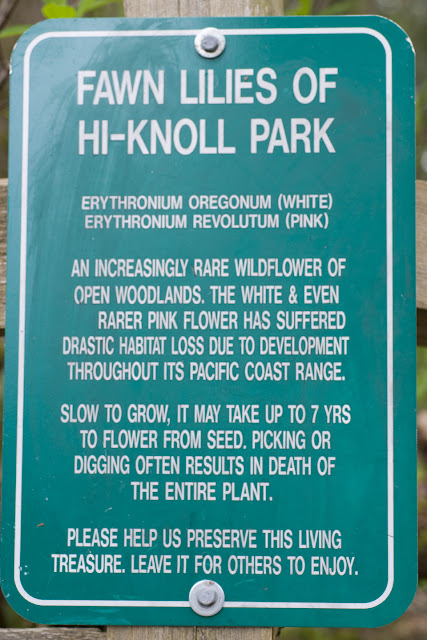 Last frame of the day

This beauty came up over Langley City at approx 8 p.m Thursday, 5 April 2012.
What a way to end the day! 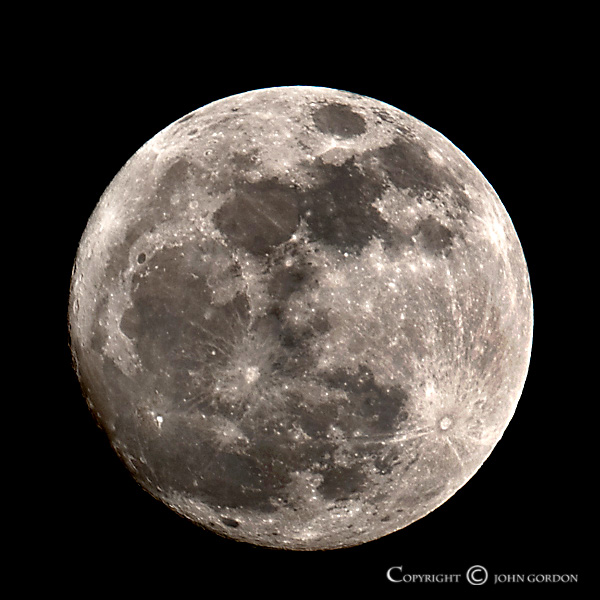 Iona Regional Park, Vancouver
Despite the sun, the wind was fierce, cold enough to still be wearing the same layers of clothing that I had worn to photograph Snowy owls in Dec !!! However, the trees and bushes were now alive with new arrivals, most notably the colorful yellow-rumped warbler, a sure sign that spring had arrived. It was a great day out with hardly anyone around.
Species noted observed.
Ring-necked, mallard and canvasback ducks, American coot, red-winged blackbird, rufous hummingbird, northwestern crow, yellow-rumped warbler, ruby-crowned and golden crowned kinglet and marsh wren. No yellow-headed blackbirds so far. A seasoned birder was on the lookout for an Osprey and another birder had seen an Anna's hummingbird and mountain bluebirds.
Here are some of the better blog shots from my walk.
For more birds please visit.
johngordonsphotography.com

I once had a sparrow alight upon my shoulder for a moment, while I was hoeing in a village garden, and I felt that I was more distinguished by that circumstance that I should have been by any epaulet I could have worn.
Henry David Thoreau
US Transcendentalist author (1817 – 1862)
Posted by John Gordon at 13:42 No comments:

After a long winter Campbell Valley Regional Park is coming back to life. Many of the resident birds are finding life much easier as caddis and other fly hatches have been occurring throughout the day. Even the song sparrows are busy feeding at the water's edge where close-by, Mallards and Ring-necked ducks are pairing up and preparing to bring their broods into the world.
Along the Little River Loop Trail a Pileated woodpecker is drumming on a snag, a Cooper's hawk glides overhead letting out a terrifying screech, below every songbird scatters and hides in the deep undergrowth, even the Douglas squirrels, wary of the danger run for cover. For minutes nothing stirs, not a sound can be heard, eventually the raptor takes off, slowly the birds return to The Listening Bridge

Overfishing Threatens the Survival of Seabirds

ScienceDaily (Feb. 28, 2012) — From gannets to seagulls, puffins to penguins, all seabirds suffer the same drop in birth rates when the supply of fish drops to less than a third of maximum capacity. That's the result from an international study (1) on the relationships between predators and prey in seven ecosystems around the world, published in the magazine Science and coordinated by Philippe Cury, an IRD researcher. Based on nearly 450 cumulative years of observation, the research team compared the growth in fish supplies and the reproductive patterns (2) of 14 species of coastal birds. These birds mainly feed on sardines, anchovies, herring and prawns, all of which are victims of over fishing. Below the critical level of one third of the fish biomass, the birds -- and the stability of the entire ecosystem -- come under threat.