Yesterday Raymond Ng and I waited an hour for the sun to rise on the White Rock beach. We were there to photograph a Willet. Neither of us had birded much in July so we were hopeful the photo shoot would be productive. The challenge is that in the early morning the Willet tends to hang out on the shaded part of the beach. After an hour of patiently waiting and just as the sun and Willet were in perfect alignment a beachcomber flushed the bird, leaving us with little to show for our efforts. You win some, you lose some and i'll leave out the expletives!
So the next day I decided to give it another try. I arrived to find the Willet closer to the pier and in the only shaft of early morning sunlight available. Again a walker disturbed the bird but by this time I already had a few shots in the bag. 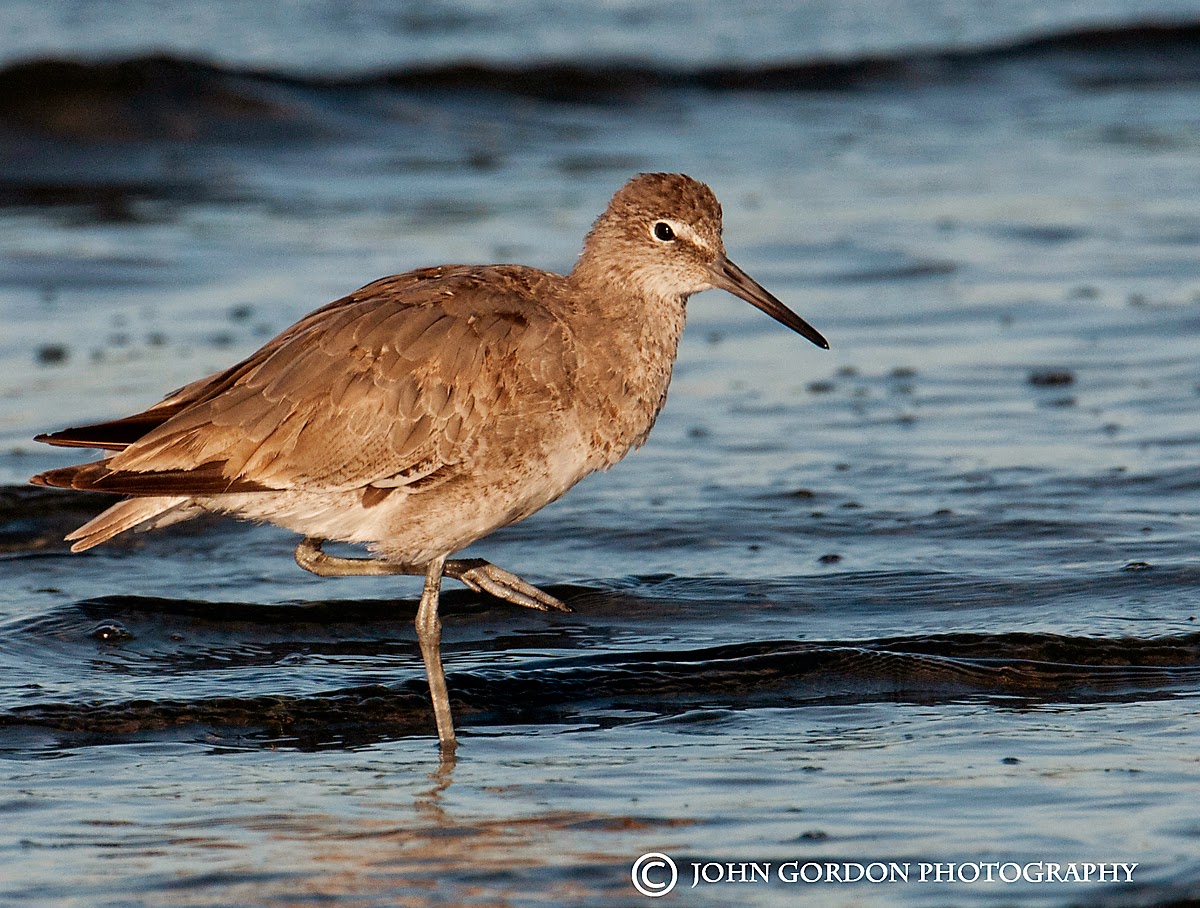 As I had time on my hands I decided to try for the Long-billed Curlew at nearby Blackie Spit. The tide was creeping in as I arrived. I spotted the bird resting on one leg which gave me the opportunity to approach while getting the sun at my back. After twenty minutes creeping across the sand and mud I was close enough for a few shots. I spent about twenty minutes photographing various poses, even one with a reflection, finally the bird walking away at its own pace. I backed off and we both went about our day.

A business meeting at 9.30  meant I would loose the good light, so by the time I got to the ferry terminal the light was less than ideal. Backlight and shimmering heat of the rocks made photography a little challenging. However, I decided to try for a few shots to make it a three sandpiper day.
The quality and direction of light had by mid morning deteriorated so much that these two shots lack the quality and 'feel' of the Willet and Long-Billed Dowitcher photographed earlier in the morning. I'm sure a birder would be happy to see them but for the photographer these are just ID shots. The solution is to go again, much earlier and hope for the birds to co-operate.

A Few Hours Birding/Thoughts on Composition

There were two hours of daylight left and due to a heatwave here in BC the best place to be was outdoors. With this in mind I took off to Boundary Bay where a welcoming cool breeze accompanied the flood tide. Out in the bay perhaps a hundred Black-bellied Plover fed on the flood tide.

There were a few small flocks of Western Sandpipers, among them a mixture of juvenile and worn adults. There were also a few Killdeer foraging along the foreshore.

Along the dyke were flocks of immature Red-winged Blackbirds. As I scoured the bay for shorebirds a chepd, chepd sound behind me caught my attention. A pair Common Yellowthroat fledglings were feeding on insects.

Some Thoughts on composition:
I recently found a three catalogues of Robert Bateman's work at a SPCA thrift shop. Looking at his work he sometimes but not always has the subject looking out of or entering from the very edge of the frame, he often breaks every rule in the book, over and over again.
I just thought I would mention that because the more I concentrate on bird photography the more I want to explore the compositional elements that Bateman and others execute so brilliantly in their work.
I recently attended a talk by well known naturalist John Neville. John is blind and gave the presentation using braille and supplemented the presentation with the art of Robert Bateman.
Until that night I hadn't really taken a close look at Bateman's work.

The three images of the Common Yellowthroat were all originally taken horizontally or in landscape format. The first (fig1)I have cropped the file vertically eliminating some unwanted foliage and making it suitable for the cover of magazine. I use this image only as an example, not that it would grace any magazine cover I know!
The second shot (fig 2) is horizontal with the subject in the two-thirds zone with lots of space for the subject to move into. This technique is used to draw the viewer into the picture. On average people spend about 3 seconds looking at images, images are everywhere, on our TV's, out smart phones. The idea is to draw the viewer in just a little longer, that is all we can ask.

(Fig 3) below  is the most interesting for me. I would have never cropped the tail so close the edge of the frame but in Batemans's 'Peregrine Falcon and White throated Swift' painted in 1985 he used the same technique I have applied here, in his notes he explains his rationale.
"In the painting, I wanted to convey plummeting, unstable feeling. I deliberately made one of the peregrine's wings almost touch the edge of the frame so that the line of the frame adds force to the hawk's dive"
Does it work with my Yellowthroat ? I'm not sure but I will be applying some of Bateman's ideas to my photography to see how I might improve my own work. Another artists to check out is Canadian legend Freeman Patterson who compositional skills are second to none.

It's never too late to start birding!
John Gordon

Langley /Cloverdale
Posted by John Gordon at 16:38 No comments: