Recently I have begun to enjoy shooting video with my DSLR (Nikon D300s). This my first effort which will make some of you cringe but it was fun to get so close to the oystercatchers.
In late February I attended Fusion 2012 in Vancouver, a video workshop for photographers who have been primarily shooting stills but want improve their movie making techniques. Over the next few months I hope to incorporate some of the techniques that were explained and begin storytelling with movies. If interested call Beau Photo at 604 734-7771 (drop my name if you want) to find out about next years event. Beau carries all kinds of video gear as more and more still shooters are incorporating video into their work.
Note: I am not too sure why, but the quality of this video has been greatly compromised by the Blogger in the posting stage. Meanwhile, I'll try to find out why.
Posted by John Gordon at 12:43 No comments:

After leaving Reifel I made my way down to see if there was any activity on the Tsawwassen waterfront especially near the ferry. Out in the bay a raft of about one thousand goldeneye (Barrow's or Common) and Surf scoters were feeding in the eel grass where they were diving for crabs and shellfish.

A few California gulls as well as Ring-billed and the very similar Mew gull were feeding on the exposed mudflats. A few Glaucous-winged gulls were also present. Great-blue herons, North-western crows, and several flocks of Dunlin swirled along the lips of the rising flood tide.

At long last I saw my quarry, three pairs of black oyster catchers. It took about thirty minutes to slowly approach them, made difficult because of the sharp and slippery barnacled rocks that made progress slow and dangerous. Finally I was able to fire off a few frames as well as some video of the birds eating clams and crabs. I spent an hour with the one pair that had not flown away and by my estimation the pair ate about a pound or more of clam and crab flesh between them. The birds were very methodical each shell was taken doen to the waters wedge dipped and shaken before being devoured. 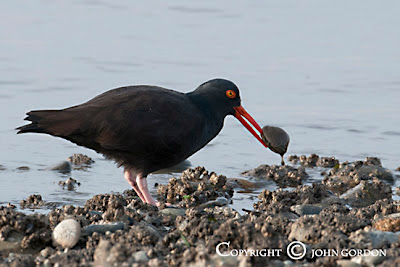 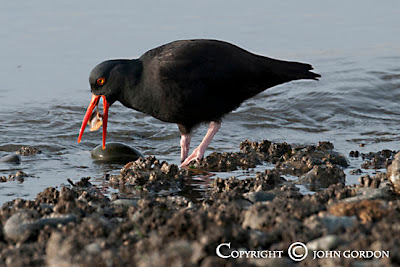 Feb 27th 2012 9 a.m-1p.m  Cool, Sunny, Frosty and partially frozen ponds.
Twenty three species noted during a morning walk at the George C. Reifel Migratory bird Sanctuary in Delta. This image of two Sandhill Cranes drinking was taken to convey the birds in their natural surroundings while searching for food. They had stooped down to drink from a break in the ice which is something I hadn't photographed before.

Note: These birds are year round residents at the refuge. Last year they raised one chick.

Maple Ride Park; South Allouette River
The South Allouette River was running higher than in recent weeks so the steelheaders were out trying their luck, hoping a few fresh fish had made their way upstream from the Fraser. Shafts of sun streamed across the river warming the moss covered trees and a partially frozen photographer whose patience was being tested by errant dog owners allowing their muts to run off leash.
Unfortunately, after stalking a flock of varied thrush for an hour, the two fishermen who I had met earlier inadvertently spooked the birds so high up into the trees I gave up trying to get a decent shot. The same three birds have been feeding in the exact same spot since before Christmas so i'll try again. If I persevere long enough I know i'll eventually get a good shot. I then moved a few yards upstream to my favourite spot for the dippers, it's right next to the public path so the birds are accustomed to humans. Soon, not one but four different dippers arrived on a snagged log. Singing and chattering to each other it looked like they had already paired up for the season, unless of course the male American dippers have harems! Anyway, this picture shows one of the birds with nesting material. Eggs will laid very soon and i'll be back to see if there are any young.

Boundary Bay is beginning to show signs of migrations. Large flocks of Brant, Greater-yellowlegs, green-winged teal, The Great blue herons are gathering. The Mallards are already paired off, as are the Black oyster catchers, soon nests will be made and eggs laid. 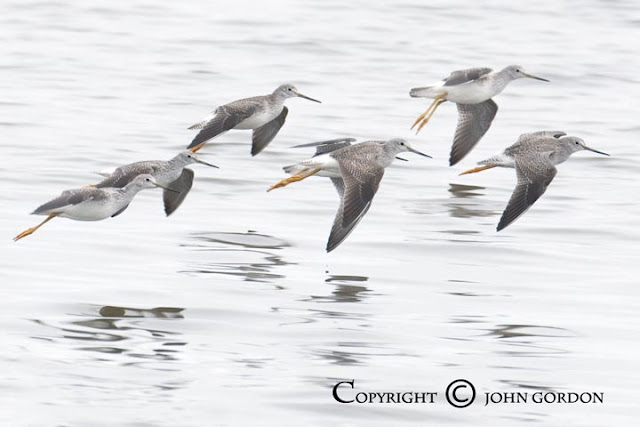 Join John on a one day nature workshop April 7th 2012 in the Fort Langley/Langley area. Max 10 photographers. This is aimed at the novice and beginner photographer. The workshop is designed to encourage exploration of the natural world. Equipment rental available. $75 per person. Student/Senior $50. E-mail to register. Payable by cash/cheque. Please add 12% HST
Please e-mail or call 604 533-7171 for details. 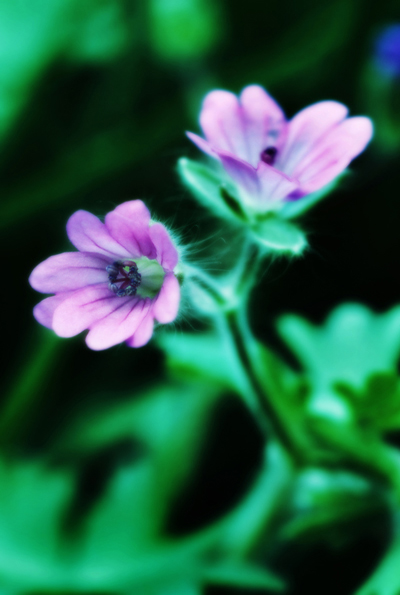 This photography workshop was very enlightening. A balance of artistic
exploration and technical know-how for participants of varying experience,
anyone enjoying this workshop will certainly end the day a better
photographer - whether the goal is for professional purposes, or simply for
fun. It was a very enjoyable and valuable experience John. Thank you for
sharing all of your many years of knowledge. I would highly recommend this
workshop for anyone with an interest in photography.

John's relaxed instruction and photographic insight was a pleasure to experience. I came away with several really useful techniques that I have
already used to benefit my photography. 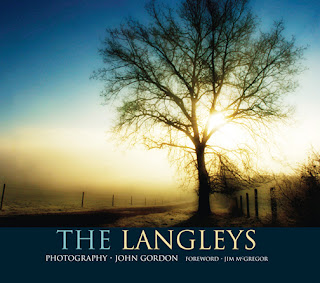 Visit my website and go to the links page to view all the workshop notes. Good luck with your book project.
Posted by John Gordon at 18:33 No comments: 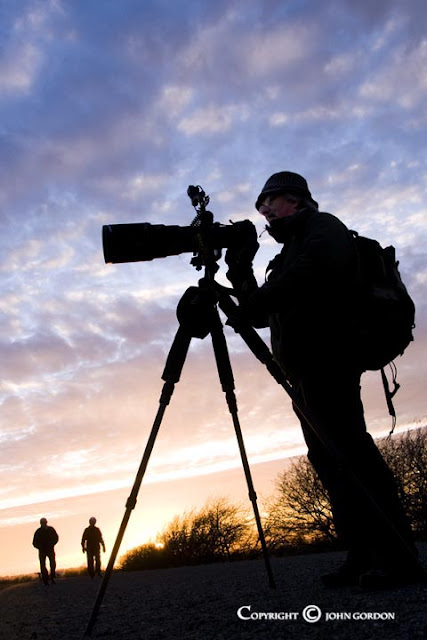 Self portrait on a cool February afternoon at Boundary Bay.
Posted by John Gordon at 19:39 No comments:

Boundary Bay Owls and other birds

Dec 2011: Boundary Bay/72nd Ave, Delta.
What a difference a twelve months makes. Last year when there were no Snowy owls on Boundary Bay Dyke, a few walkers, hunters and the occasional photographer were the only signs of life. The owls appear every four years when a food shortage (lemmings) in the tundra forces them south. Since Christmas, thousands of visitors some from as far way as California, Japan and England have converged on the area to observe the owls. The biggest problem has been finding a parking spot!  News of the owl's arrival has spread, I even met a couple from Southampton in the U.K. who had flown over for two weeks birding. The owls were top of their list. They were thrilled when I pointed out a Meadowlark, a bird they had never seen.
Some days, as many as 200 people can be seen checking out the migration. The mostly juvenile owls spend most of the daylight hours resting and preening and do not seem too bothered by all the attention. To capture them in flight head for the dyke at  dawn or you'll spend hours waiting for them to move. Sometimes a photographer gets too close and one will fly away toward the shore and out of range but occasionally close enough to get a decent flight shot.
Note: The owls can also be seen at Brunswick Point where there is less pressure on them but are farther out in the bay.
See below some of the images I have captured of other birds while waiting for the owls to take flight.