It was Valentine's Day and a Great Gray Owl had been reported on Burnaby Mountain. Why couldn't it be a Monday or a Tuesday or one of my other week days off! I would just have to wait, besides I had planned to spend the day with my lovely wife. From what I had heard there were far too many photographers and birders already on the scene. Hoping it hadn't been flushed by all the attention I planned to go the following day. This time there were only three of us looking for the owl. After trudging around for an hour we eventually found it sitting on a deadhead. As you can see in the photo it was wet around the ears following a rain shower. We spent about ten minutes admiring its regal presence, we all took a few frames and left. As we were leaving a birder type person who must have been watching from a distance commented to us on how well we had interacted with the owl and how he wished all photographers behaved in a such an ethical manner. I was a very kind comment that made my day.


A report of a possible black-chinned hummingbird at Blackie Spit was just the excuse I needed to go birding. Despite the inclement weather it didn't take long for a hummingbird to arrive, alas not the  black-chinned but a beautiful Anna's. With the puzzle solved a quick walk around the park provided enough exercise to get in my first five thousand of my ten thousand step quota, a lot I know but weekends can be quite sedentary due to all the footy on the box.

The black-chinned turned out to be an Anna's Hummingbird.

Brookside B&B Abbotsford
The Langley Field Naturalist's had a day out at Sumas Prairie and on the way back some of us decided to stop off at Chris and Sandy's Brookside B&B in Abbotsford. For some of our party the lesser goldfinch was a lifer.

South Delta Owls.
The life of a short-eared owl revolves around the hunting of voles. Once they have found a steady supply they will be faithful to a stretch of foreshore or field throughout the winter and return year after year. When the vole population declines so do the number of owls and will often fail to breed. When food is plentiful short-eared owl can lays many as ten eggs, the record being fourteen, only a few fledge.

Normally anything that attracts my attention usually ends up being photographed. The large discs around the eyes allow the bird to hear noises in the grass and their forward looking eyes act like a spotting scope.


Every year acres of Lower Mainland farmland are being turned over to blueberry farms, large greenhouse complexes or other monoculture ventures. A new road to the Delta Coal Port has cut a swath through farmland resulting in the death of countless deer, birds and other smaller mammals and the loss of considerable amount of good bird habitat.

This image of a short-eared owl hunting in one of a very few untilled fields left around Boundary Bay. The field is rich in yarrow and various grasses which in turn supports a healthy population of Townsend's voles, the main diet of both owls and harriers. An adjacent field has been ploughed and any betting person would put money on more berries, more spraying with toxic chemicals and less habitat resulting in less birds.


Does this close-up (above) tell us anymore more about the owl and its habitat? Look at any Robert Bateman and you'll see acres of habitat and sometimes the subject matter taking up very little space. The picture above gives the viewer very little information about habitat etc but does give a closer view that many may never experience except in a photograph.

During a lull in the action I noticed a spotted towhee eating buds. The towhee is one of those species that has had a name change. When I first came to Canada I knew it as a  rufous-sided towhee. It is also a bird that not many people photograph which is a shame.

My rule of thumb which has worked for me over the years is to photograph everything and anything that attracts my attention regardless of subject matter. I've often stopped the car or even turned around and driven back to catch a special moment. Some of those pictures led to ongoing assignments and in one case a full time job at a newspaper

(Below) A flock of 5-6 meadowlark have been foraging the fields and foreshore for most of the winter. They never come vey close and these two images have been cropped about 300% but represent what the human eye might see.
When a flock flew onto the foreshore two landed on a snag, the other three melted into the long grass.


Riefel Migratory Bird Sanctuary
I spent the morning at Reifel enjoying the ducks which are now in full breeding plumage. The sandhill cranes were looking for a nest site and the raucous red-winged blackbirds were staking out nesting areas.

Walking around the ponds at Reifel I noticed quite a commotion in one of the larger ponds. A number of american wigeon, northern pintail and mallards were flying overhead.
On further investigation I found a photographer feeding the ducks first at one end of the pond and then walking to the other with a bag of seed. With birds flying back and forth the opportunity was too good to miss, besides I wasn't paying for the copious amount bird seed being used!
Reifel management are not sure they'll let said photographer continue the practice as they feel it can cause disruption just prior to the breeding season. I have to agree, besides how many flying shot does a person need and more importantly how much food can a duck eat!

Brunswick Point
Last year I photographed this same red-tail, easily recognizable with its distinctive beak, it's good to see it surviving and thriving in and around Brunswick Point area.


Below is a rather unusual hawk I spotted on my walk around Tynehead Regional Park. From a distance its unusual colour had me wondering what type of raptor it might it be. A I approached I expected it to take off but it remained steadfast, rooted to its perch.
As you can see 'the hawk' wasn't going anywhere!

This is the time of year when birds find a mate as these two American wigeon, bufflehead and cinnamon teal seem to have done.
Ambleside Park
Such a difficult bird to photograph. The eye hidden in a dark thatch of colour while the white breast and flanks are blown out even when shot in diffused light.

Colebrook Rd/New Section
There were two female and one male the day I saw the birds. The area is also a good spot for belted kingfisher, American kestrel and northern shrike. 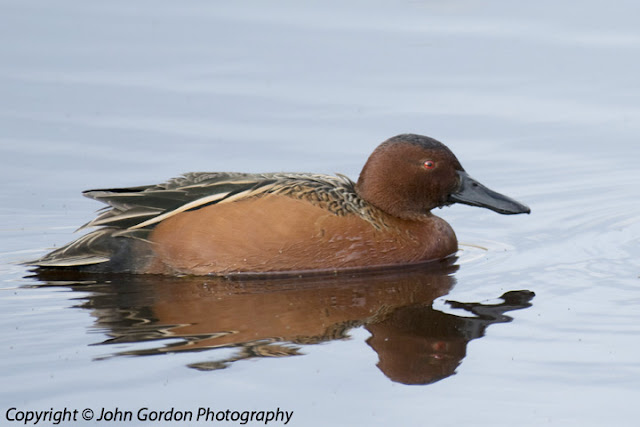 As I walked around Maplewood flats a flock of six redpolls landed in an alder tree where they were busy feeding on the protein rich catkins. They then flew to a small pond where they bathed for several minutes at a time. The picture below is the only clear view I managed in the twenty minutes I enjoyed being in their presence. A stunning experience all-round.


When the redpoll few off it joined about twenty others. Behind those birds another twenty-five redpolls fed in the alders trees. Forty-five redpolls in one session was quite the treat.


I wanted to add a few new birds to my year list so Lonsdale Quay was a perfect place to add both Pigeon Guillemot and Pelagic Cormorant.
In the above photograph I wanted to include as much of downtown Vancouver as possible. The juxtaposition of bird and habitat being important in the storytelling process.


Who would have thought that Pigeon Guillemots would be at home in a busy city harbour or just at home on a gulf island outcrop.

Due to the mild climate there is no shortage of wintering birds in the Lower Mainland. Fifty species in one day is quite common and with a little more effort a hundred or more species can be seen.