Now we faced a long drive south, before skirting the northern border of Belize, and turning west toward Tabasco, bound for Palenque in Northern Chiapas. Some birders tried to get some sleep, others watched life go on in the towns and villages along the way, and a few diehards even called-out the odd bird.
Ramon pulled the van over @ Laguna Silvituc. With no parking lot, we had to be very careful crossing the busy road here. 10 Snail Kite were on patrol. 3 Anhinga were watched. A White-collared Seedeater popped-up, and we noted 6 Purple, and 3 Common Gallinule.


We continued along Route 186. Eric started to scan some fields, part of the Usumacinta Marshes. We were in Campeche, but very close to the Tabasco border. A shout went up, "Jabiru!", then everything went mad! Ramon saw a spot where he could pull-in off the road.

As we completed our turn, a guy was walking toward us, with a horse. This was Jose, the ranch manager, who welcomed us to look around. Of course, we were already doing that! Jose thought it a good idea to clap his hands to flush birds. As he clapped, thousands of Blue-winged Teal flushed. 40 Black-bellied Whistling Duck, and 100 Fulvous Whistling Duck were well seen. 100 Wood Stork were nonchalantly flying around 11 Jabiru! 2 Bare-throated Tiger-Heron added to the excitement, and Grassland Yellow Finch flushed from the trail.


This was magical birding and you could hardly put your bins down. 480 Cattle Egret were tallied. Herons were everywhere. 12 Roseate Spoonbill added their colourful hues to proceedings. 105 White Ibis were counted. 40 Northern Jacana made the list.


A Ruddy Crake, and Sora were heard. 5 Fork-tailed Flycatcher looked resplendent, like exotic tree decorations, as they adjusted their positions to allow for the gentle breeze.

Just beautiful! 100 Bronzed Cowbird were added. All this activity had to generate attention from raptors. We enjoyed the majestic looks of 2 Black-collared Hawk, and watched 2 Peregrine Falcon, a Crested Caracara, Great Black Hawk, and a Lesser Yellow-headed Vulture. I should mention that most places visited had a sky full of Turkey, and Black Vulture, so it was nice to study a Lesser Yellow-headed Vulture at close quarters. Rancho El Cuyo was a massive adrenaline high, and was tough to leave. 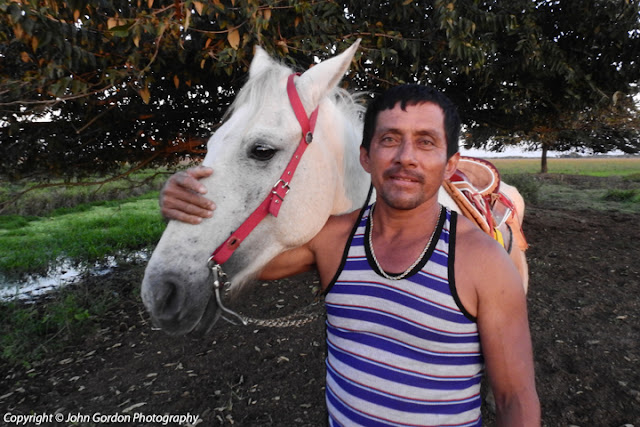 We said our farewells to Jose, who agreed to be photographed with his horse, posing by a tree. On the other side of the 186, the rays of the setting sun streamed down, steam rising from the pasture to bathe the horses in a golden light, a fitting way to end our travels in Campeche. 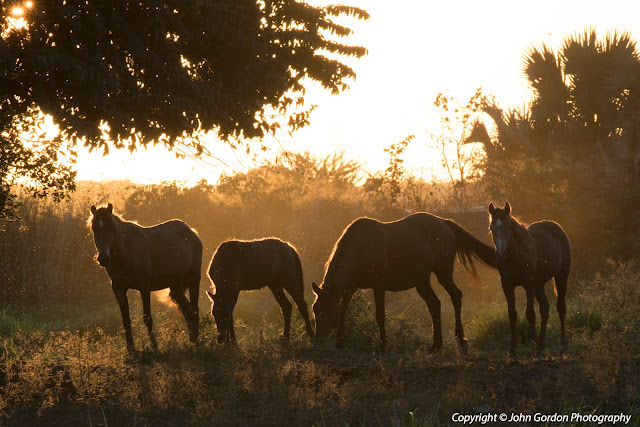