Several members of the Langley Field Naturalists (LFN) have taken it upon themselves to make a count of North-western Crows roosting in South Aldergrove British Columbia. This short video from the first of four counts attempts to give a sense of the spectacle that unfolds every night at different locations throughout the Lower Mainland. Four groups of birders staged at different locations to try and gather the number of birds arriving from various directions. An estimated thirty-thousand birds were counted although we will have a better idea when all four counts have been completed. 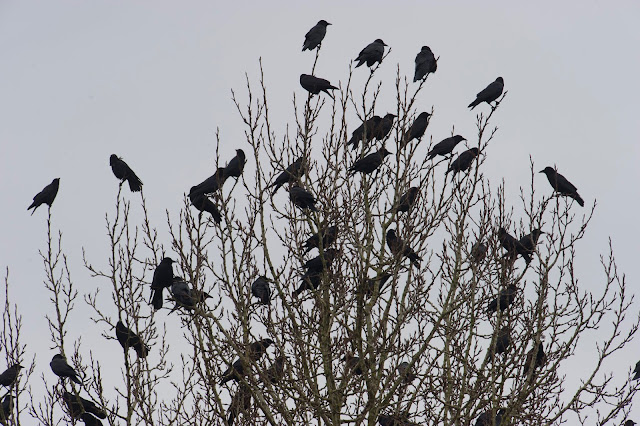