Drawn to the Birds

A Northern Shrike mobbed by a flock of bushtits, a Short-eared Owl hunting over the foreshore, thousands of Dunlin settling on the mudflats. So many great memories, that for me was birding in 2018.

I tallied birds on several occasions including The Glen Valley Bird Count, the Derby Reach/Brae Island Parks Association and recently the Dec 29/18 White Rock and area Christmas Bird Count. We got drenched on that one. It was so wet that in some locations no birds were recorded. I also went on more than a few twitches, mostly successful and brushed shoulders with some top birders.


My one hundred submissions to eBird kept my ever growing tally of species in perfect order. I made trips to Mexico and the UK where I used the eBird data base to track down the best hotspots. I managed a few UK lifers, the best being a Spotted Crake. Mexico provided over 150 lifers. Last but not least I made some really good birding friends in both Mexico and across the pond.

For reference purposes it's always good to get two more species together in one shot. Greater and Lesser Yellowlegs is a good example. I have images of both together and the differences are immediately evident. When seen separately even an experienced birder can have second thoughts. The Ruff above is uncommon bird in BC and easily overlooked.
Here the four Greater Yellowlegs stand out from the smaller Ruff, the obvious difference in size, leg colour and bill length is a dead giveaway. This is good listing shot, the type I like to download and study when I get home.

The two images of Ring-necked Ducks below were taken on a fruitless search for the Philadelphia Vireo at Hasting Park. Sadly I dipped on the vireo four times, there were however some magic moments when the light burst through the clouds, side-lighting these Ring-necked Ducks.

Below are a few random observations and some of my favourite 2019 sightings.

When it comes to birds I have always thought the purest form of birding would be to sketch with pencil or watercolours. I've tried drawing and believe me my efforts are somewhat lacking. Perhaps the most direct experience is that of just observing, sitting on a riverbank, lake or seashore, ask any fisherman.

Some Random Favourites from 2018


Birding with experienced birders is as beneficial as helping out the novice. Joining an organized walk lends itself to the social side of the pastime. Over the past decade I have made many new friends and even more acquaintances while birding. Long may it continue. 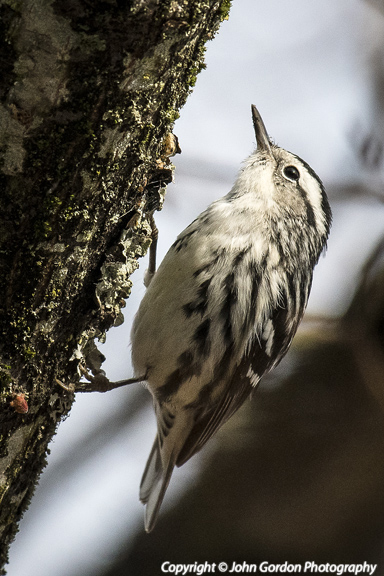 I saw this swan which has a good amount of yellow on the bill. Every other Tundra I had seen has very minimal yellow. It was an exiting find made possible at long range with the Nikon 24-3000mm Coolpix.


Often we concentrate on the more colourful male of the species, here the female crossbill shows off her broad white wing-bars and delicate hues.
May was a great month for birding with plenty of birds moving through the region. The Sage Thrasher in Pitt Meadows took me three attempts and when I did find it I only had enough time for about 10 shots before a dog walker flushed it. Fortunately it sat out in the open, allowing me this 'clean shot' without any distracting background elements.

I photographed this Cassin's Vireo during the Skajit Valley Bird Blitz May 4-6. I find attending such events invaluable. See link at the bottom of the page for more info. They're also fun for the family and the birding is usually excellent.

These two images of the Spruce Grouse was taken on the Manning Park Bird Blitz in June. The event was also run by the Hope Centre. Both images were taken with the Nikon 200mm-500mm zoom. Had I been using fixed 500mm or 600mm I wouldn't have been able to get these shots as the bird was at our feet, even attacking us at one point.

Some of my favourite links of 2018