It's not that often that the politicians get something right but that is exactly the case with the Lower Mainland's newest birding location. Originally a de-commissioned water treatment Blakeburn Lagoons could have easily been turned into yet another subdivision. Thankfully a decision about the future of the site went to a vote and the citizens of Port Coquitlam voted with their tax dollars to have a beautiful nature park instead.
I paid my first visit today and despite it only being opened a few weeks I was pleasantly surprised to find quite a good number of birds. There have been plantings of native flora and eventually as the site matures it will become a superb birding location. 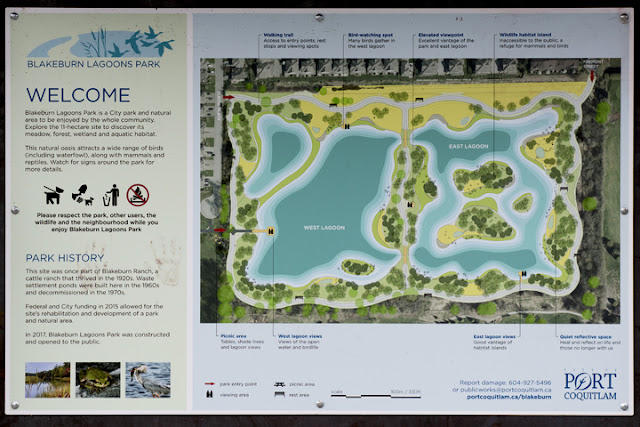 Here are some of the birds from my visit. I actually spent an hour there in the morning and returned later in the afternoon when news of three Solitary Sandpipers broke. I include a distant grainy shot as the SOSA was my target year bird.


There you go, the nature park has a wide variety of birds not only in the two lagoons but also along side the golf course where the mature tress were bopping with warblers and a nesting pair of Northern Flickers. Thankfully planners had the wisdom to keep the older nursery trees for cavity nesters and for that and the overall project I applaud everyone involved. If you are a Port Coquitlam taxpayer drop city hall a letter of congratulations, they deserve it.