When I arrived at Maplewood Flats my spirits were high. As I made my way to the salt marsh I kept passing birder after birder heading back to their cars. There were lots of smiles which meant only one thing... they had seen "the bird"  The bird in question was of course a Northern Goshawk that had been well reported and first found by Perry Edwards a week previously. The Northern Goshawk is a bird I had only seen once before so that chance to view another was high on my 2017 year list.

Arriving at the salt marsh I met another birder who motioned that the bird had just flown, he pointed to a tree way off in the distance, I couldn't see anything.
Any birder will know it's a sinking feeling, abject disappointment when the seeker, brimming in anticipation just misses the quarry.

I spent ten minutes at the salt march but with nothing happening I decided search elsewhere. After walking along the trail to the big pond I had the bird high up in a popular. (Pic1) The view was obstructed but shooting through a tiny opening allowed me to get a decent 'keeper' shot.

(Below) However, the bird was soon on the move, flying a great speed through the forest about twenty feet above the ground, an amazing experience, it moved so fast that I lost contact within seconds. It reminded me of one of those Robert Bateman paintings where a special moment in time is frozen. I don't think i'll ever forget that scene, something a camera would never be able to capture.
I continued my way back to the bridge and the car park thinking about my experience when just above me I noticed a dark shape, it was the goshawk again just above the trail with its back to me. I watched and admired and then walked slowly walked under the bird to get a frontal view. 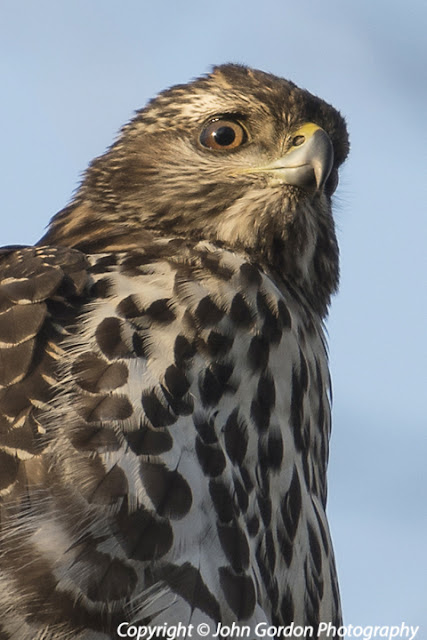 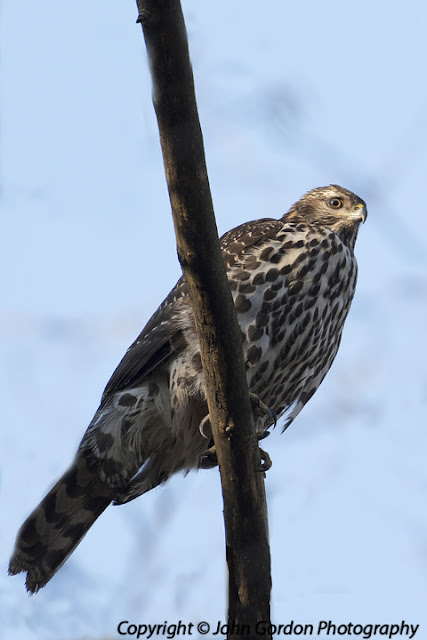 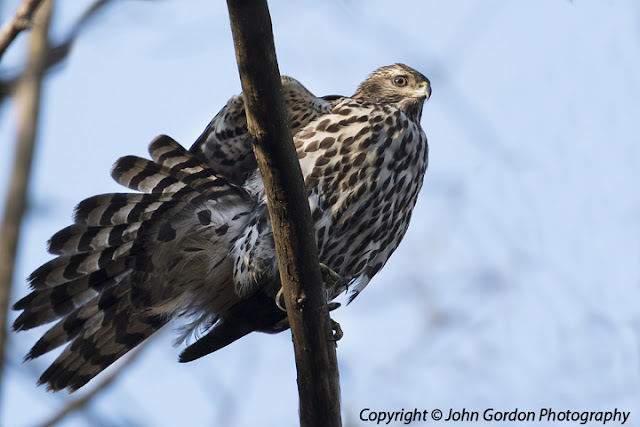 I spent five minutes with the bird as it bobbed its head back and forth and sideways surveying the forest floor for prey. Suddenly it was off again at high speed where it perched again within the confines of the forest and off trail. Again I left for my car, crossed the bridge when I see the goshawk yet again (see below) by this time a crowd of onlookers had gathered to find out what I all the fuss was about. I pointed to the trees across the creek... to the Northern Goshawk. 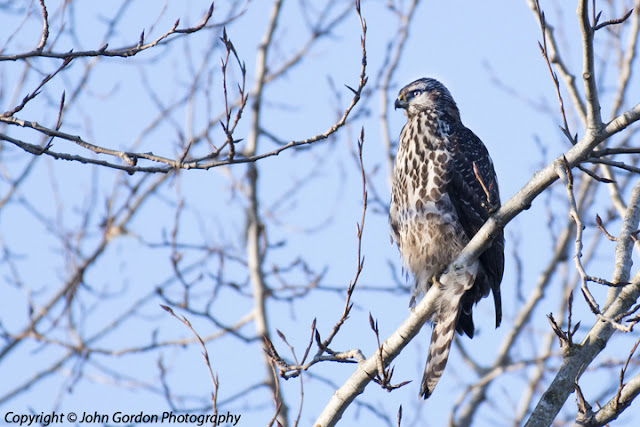