The Avalon Marches are internationally famous for its nature reserves and wildlife. The area has been lived in and worked for ten thousand years. Pre-historic paths and villages from the Bronze Age criss-cross the area and scores of Roman coin hoards have been found in the area. Towering over the marshes is Glastonbury Tor. During the Middle Ages Glastonbury monastery became one of the most powerful and richest in England.

The area was excavated for the peat and the workings later filled with water creating an intricate series of marshes rich in birdlife. These days the famous Glastonbury Festival attracts hundreds of thousand of music lovers. A visit to the marshes had been on my itinerary for the past three years but timing is everything and time after time the opportunity fell through.
Fortunately this time I finally had the chance to visit the area with my Birding Pal Paul Bowden, our second outing ten days. Our previous visit being to the Newport Wetlands where Paul found me two lifers, his expertise and knowledge would prove invaluable a second time.
We left Chepstow and were soon on the motorway over the Severn Bridge and passing north of Bristol. Our first stop was Westhay Moor Nature Reserve in search of Bearded Tits, a bird I had seen briefly on my previous UK visits but was hoping to capture some decent action shots. 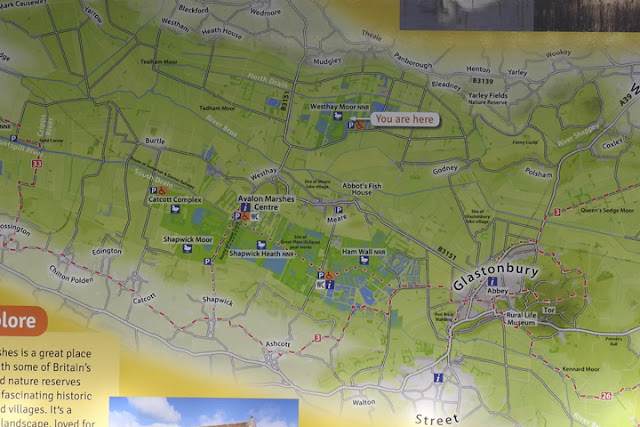 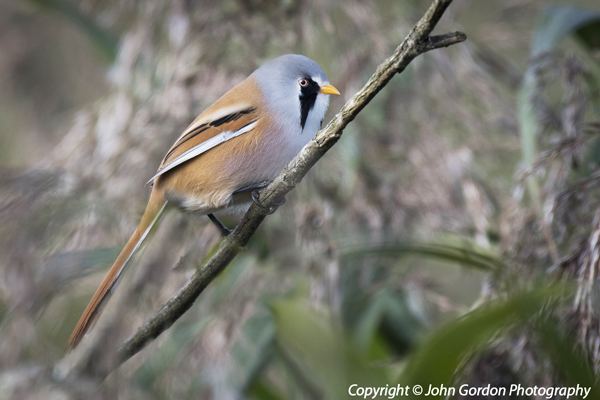 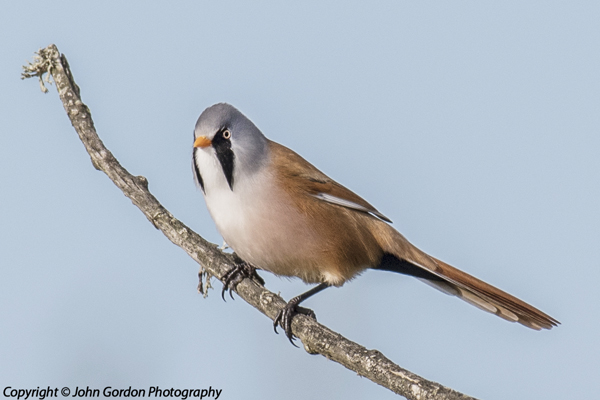 On our arrival there were more birders and photographers than there were birds. There also seemed a little tension between the two groups with the odd quip exchanged, way too a competitive situation when all most of us wanted to do was watch the incredibly photogenic antics of the Bearded Tit.
The brief time I had with these birds was one of the most enjoyable experiences I have for a long time, they have such character, they bring a smile to everyones face, even the grumpy ones.

It was time to move on a to Ham Wall where the morning dew was beginning to burn off and scores butterflies were beginning to feed on pollen rich ivy lining the pathways.

The target bird at Ham Wall was a Bittern. At the hide, perched above the reed bed the usual suspects were in plain view. Gadwal, Mute Swan, Stonechat and a Great Egret.

The longer we waited for the Bittern, the more species appeared. A Teal, a Little Grebe, Mallards, a Stonechat and a Water Rail to name just a few. Still no bittern but a Marsh Harrier being harassed by a Kestrel was exiting and then a Sparrowhawk, all good birds.

The Bittern never did show but isn't that the way it goes sometimes.
Just as we were leaving a Little Egret flew by. Recently the species have begun to nest in the UK.

Our last stop of call was Chew Valley where there were plenty of birds including Kingfishers, Grey Herons, Pochard, Pied Wagtail, Little and Great White Egret. We even checked for a Great Bustard but dipped on that although it had been seen earlier in the morning, That really would have been a brilliant way to end what had already been was already a perfect day's birding. Thanks Paul.