I hadn't planned to bird so when the clouds parted I decided to call my close neighbour Carlo and see if I could interest him in taking the short trip over Golden Ears Bridge to Pitt Meadows. Reports of Townsend's Solitaires at Swaneset Golf Course was just too enticing to pass up.
No sooner had we arrived the rain started and cold wind made it feel like December. Not to be outdone we walked for a good half-hour but the solitaires were having nothing of it. Back in the car we decided to drive along the golf course avenue. All these images were taken from the car window as the birds had been too skittish to approach on foot. Cars make for good blinds. I was more than happy to finally get some nice images of a bird I rarely see.
To achieve the out of focus cherry blossom background. I backed up the car to include the complementary colours in the background. The resulting image has few distracting elements and overall the viewer is drawn to the bird which is the whole point of the exercise.

The picture below taken a few seconds later is from the same spot but cropped.

Which image do you prefer, the full frame shot that shows more of the environment or the close-up with little or no distractions? A cropped version (not necessarily this one) could easily be used on a cover because I have cropped the orientation to vertical. I have also left space to put the publications title and an area in the bottom right to put the inside content information. If you can, try to shoot both vertical and horizontal shots, editors love the choice when they go to layout pages. Image banks the same thing. A vertical shot won't make it into a calendar, you'll need a horizontal for that whereas the vertical shot can be used on the cover or on inside pages. Also leave plenty of space around the picture so the editor can fit the picture into the available spot.

Another way to change the feel of a photograph is to find a background with different colours.
There's reason why McDonald's uses the red and yellow as it known to elect a feeling of warmth etc. Certain colours elicit different responses. The image below was taken when the bird moved to another branch and I maneuvered the car to have another clean background with alder and popular tress in the background. 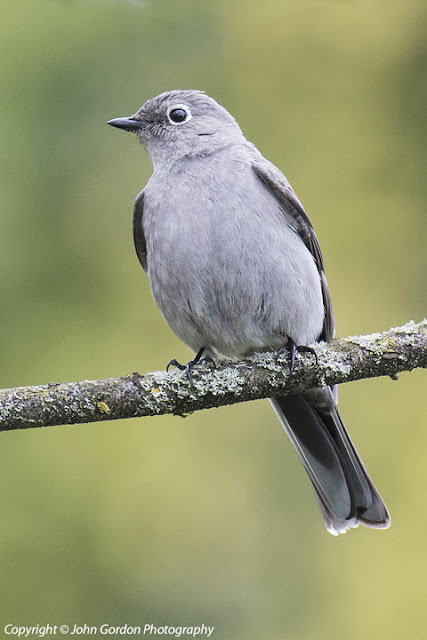 Over time each and every photographer develops a shooting style and mine has ALWAYS been to make sure whenever I shot a soccer game, composed a portrait or photographed a concert I always made sure distracting elements are not included in the background. As play developed I wouldn't bother shooting if there was a hydro pole or a port-potty in the background, it just doesn't make a pleasing photo. The solution is to move position and wait for the action to happen where there is decent background, the same applies in bird photography. 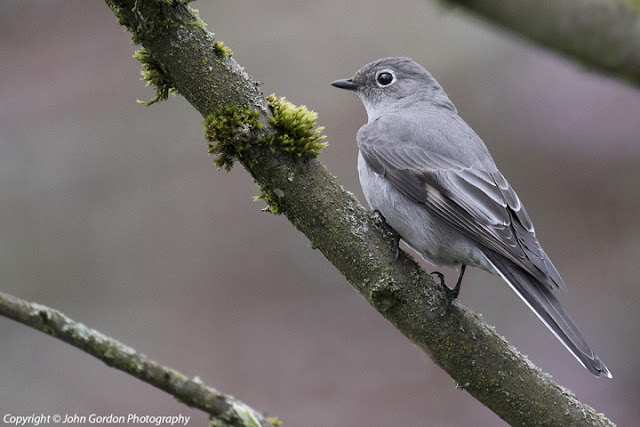 As bird photographers we are often confronted with what I term as fractured scenarios, situations from which photographers have to bring some semblence of order. Unlike the artist who starts with a blank canvas, photographers usually start with a messy canvas, everything from poor light to that seemingly ever present branch right in front of the bird. Our aim is to bring order to the image so that the viewer can appreciate and enjoy what we saw so they can live vicariously through our efforts. Isn't that some of the reason we display our work be it on social media, in publications or in the gallery! 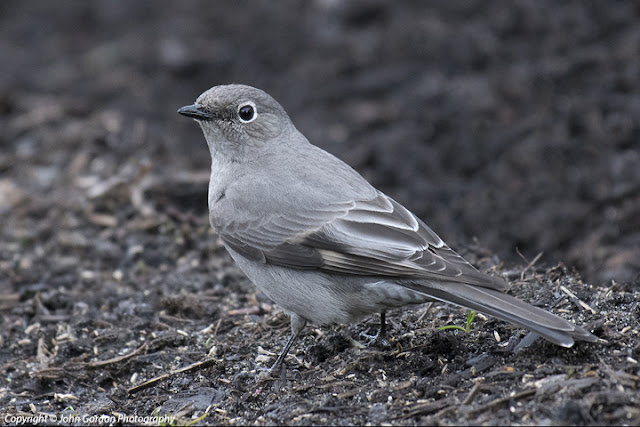 The exact rules apply to bird photography. Obviously a bird in a tangle of branches against a white sky isn't going to be as pleasing as a bird set of against a neutral background like the image above.
This bird landed on the ground to feed and the background is neutral enough to set the bird apart. The colours all blend together,

Check out the link below especially toward the end where there're good examples of bird photography with clean well composed backgrounds.

Bokeh it's a characteristic of long telephoto lenses and how they can create clean backgrounds.