I just wanted to walk, be in the moment and see what would show up.

What better place to find some solitude than an early morning walk around Iona Outer Pond and the 8 km round-trip on the Iona Jetty.

The morning began with a Marsh Wren at boardwalk. I waited until the very confiding songster came out and poked its head above the reeds. The bird was building two nests, taking turns to pluck the cattails while singing for a mate.

At 8 kms (5 miles) Iona Jetty is a popular place to walk bike and bird. The foreshore, jetty and ponds are one of the best places to see rarities in the Lower Mainland.

Two Yellow-headed Blackbirds have been hanging around the car park at Iona. Normally they are found at the edges of the pond where they breed. Iona is one of the few Lower Mainland locations where they can be seen on a regular basis.

This bird was flushed into a tree when a dump truck came by.

I never tire of the watching the Savannah Sparrow, for me the yellow eyebrow evokes the dash of colour from a child's painting.

Lapland Longspurs are a special bird for those who walk the jetty. Most years, either springSpring or fall  a few turn up. This one I found at the 240 marker which is almost at the end of the jetty.

The Lapland Longspur is a passing migrant making its way north to the tundra to breed.
It spends the winters in mixed flocks of Snow Bunting and Horned Larks.

A gull (probably a Glaucous-winged youngster) harasses an Osprey while hunting over the breakwater.

A change of the seasons and hope of warmer weather is often signalled by the arrival of the Caspian Terns from warmer climes.

A brilliant way to spend a morning. Million dollar views, snow capped mountains and plenty of birds to add to the year list.

All Images Nikon D500 handheld with Nikon 200mm-500mm F 5.6
Recently I have been using the Cotton Carrier system to take the strain off my shoulders. I wasn't sure the harness would hold the weight but it does. What I like most it gives me the freedom to hold my bins while searching for birds with the knowledge I can access my camera when the need arises.


Ooops!
I forgot include the now famous Burrowing Owl, the most photographed bird in Vancouver last week.
Despite perching close to a very busy section of road the owl took absolutely no notice of heavy dump trucks passing, some as close as 10 feet. It really didn't give a hoot!
The owl was first spotted just out side the airport perimeter fence tens days ago but according the falconers who use birds of prey to keep waterfowl and geese away from landing aircraft, the owl had been inside the airport grounds since the first week of April. 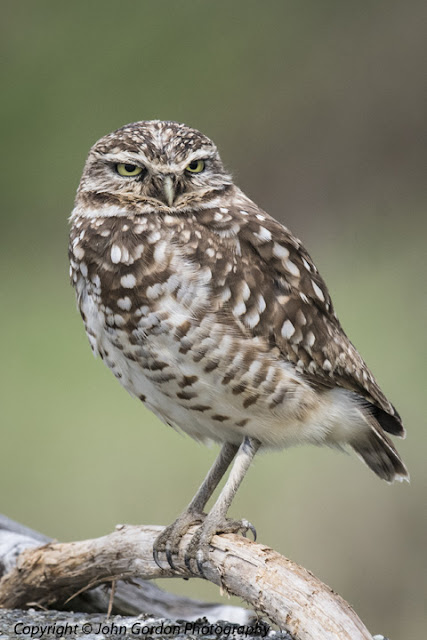