After crossing Canada in six weeks I had to plan a return trip in two weeks. Here is a selection of images from the last two weeks of the journey. Enjoy!

After driving through a wet and soggy New Brunswick I spent a few days relaxing in Quebec. I arrived a day before St Jean Baptiste Day, a Quebec national holiday. On my outward journey I had booked my van in for an oil change not realizing my error. The extra day stopover was a good chance to practice my rudimentary Quebecois. It was enough to order my favourite comfort food, a large poutine with extra gravy. Most Quebecois I spoke to only had a few words of English, some were fluent even the mechanic who changed the oil spoke no English or wasn't comfortable enough so I had my brother-in-law explain some things I might want to fix on the van when I returned home.

Note: I made it back to BC after 20,000 kms with just an oil change. Gotta luv VW Westfalia's.

I stopped off in Ottawa's Andrew Haydon Park for a few hours where a Little Egret had been reported. I searched and searched finding a Great Egret and a Groundhog but no Little Egret. I was about to leave when another birder approached me and one thing led to another and soon were on our way to the other side of the lake where we joined about twenty other birders who were good enough to share their scope views of the rare egret. I believe it is the first record ever for Little Egret in Ottawa. Too far for a photo but yet another lifer for me.

The next notable stop after a scenic drive through Northern Ontario was Agawa Pictographs in Lake Superior Provincial Park. Fortunately Lake Superior was calm and most of the rock paintings were accessible. A precarious 45 degree slope leads to the cliff face and one slip would lead to a very cold dip in the deep water below. The forest trail was very birdy with Magnolia Warbler, Ovenbird, Swainson's Thrush and Ruby-crowned Kinglets the most evident. The mosquitos were in a miserable mood so I high-tailed out of the woods after visiting the rock paintings.


The next stop was Sault St Marie to observe a colony of Chimney Swifts where I shot some video of the swifts but a better version from Tube is posted below. My video only shows a hundred birds. The swifts were lifers for me. It was too dark and they were to far way to photograph but the UTube video shows thousands milling around the post office chimney before plunging down to roost for the night.

As I made my through Northern Ontario I promised myself to visit the Terry Fox Memorial. I have to admit it was an emotional experience. I had lump in my throat as I drove up a beautiful tree lined avenue to the memorial. The site is a fitting memorial to Terry Fox and his legacy. Having just driven from St John's Newfoundland I cannot imagine the effort it must have taken him to reach Thunder Bay where his journey prematurely ended. 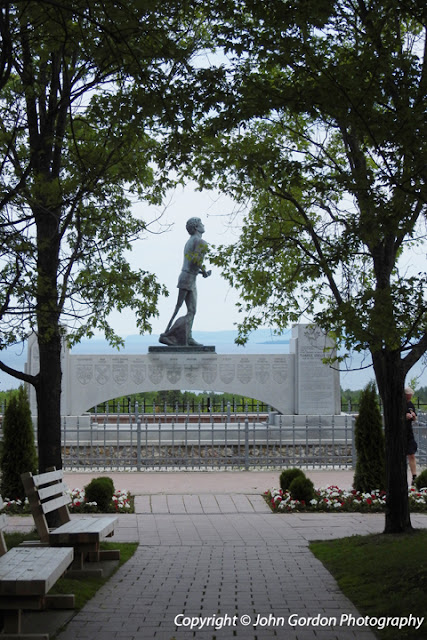 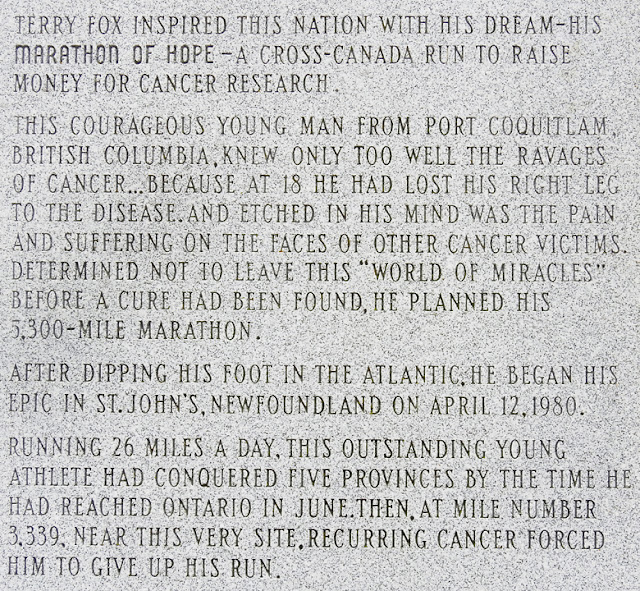 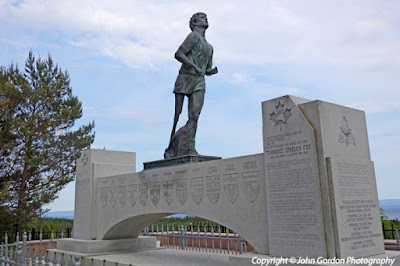 The Southwest corner of Manitoba is one of the best places in the province to see grassland birds. There are two well documented routes to take.
A handy map with detailed description of birds that might be encountered can be found at Manitoba Tourism offices along the Trans-Canada.
I based myself in the town of Melita. The community run campground was quiet, clean with heated facilities including laundry and was very affordable at $20 a night. A good place to make a base for a few days. There are also a hotel in town.
On my arrival in the early afternoon I decided I had just enough time to drive the Northern Route with total driving distance of 53kms or 33 miles.

Here are some images from my four hour drive along gravel roads, past historic settlements, old school houses, farms, washed out bridges and incredible scenery.


Note: the speckled head which is normally jet black occurs during the summer and the breeding period.

I include this series of an Eastern Kingbird dive-bombing a Swainson's Hawk.  Forest fires made visibility difficult, there was no sunlight even in the late afternoon. There were two Swainson's which I would assume were a pair and they were up to no good. In some pictures the hawks were being attacked by another kingbird, a Red-winged blackbird and a Common Grackle, all at the same time! I think the pictured Swainson's acted as a decoy while the other went after nests. Later I observed the two Swainson's flying over the nearby wetland where both the kingbirds and blackbirds were nesting.

Technically the images are below par as they were taken from quite a distance in lousy light but I think they are interesting enough to publish.

Away from the busier roads the number of species I found increased exponentially. These Bobolinks were quite happy with me photographing them from the van window but when a farmer drove by the birds were flushed.
The entire time I was in the prairies I never saw a blue sky due to forest fires in NWT, Alberta and Saskatchewan blanketing the entire province in smoke.

I just had to find a Grasshopper Sparrow. I had already found LeConte's and Field Sparrow so a third rare or difficult to find sparrow would be a fitting end to my grassland adventure.

Next day I attempted the Southern Manitoba Grasslands Birding Trail Southern Route. The trail is a 150 kms or 93miles and begins just outside the town of Melita, the same starting point as the previous day. The trail takes the visitor through native prairie, riparian woodlands, along and into the historic Souris Valley. Alhough I didn't see any, the chance of seeing a Burrowing Owl is as good here as anywhere in Canada.
Anyway I drove along gravel roads and some smaller side-roads where the grass scraped underneath the van. I was also on the lookout for Upland Sandpipers which I had seen north of Winnipeg close to Oak Hammock. Because of the remote location I was lucky enough to see several pairs hanging around a cattle pasture. The grasses about the same height as the birds themselves, the perfect nesting site.


I was pretty exited to get this close to such an elegant bird. A few miles down the road I found another bird and set up to photograph it when suddenly its mate or a competitor appeared out of nowhere, flushing my subject.


I eventually saw eight Upland Sandpipers on my drive, seven more than I had ever before!


A ground nester, a Western Meadowlark collects food and keeps a wary eye open for predators like crows, magpies, coyotes and foxes. She also has to look out for flocks of Brown-headed Cowbirds who are looking for a host nest in which to lay their eggs.


Snipe were quite common on my prairie travels and I often saw them near human habitation, on  fence posts, adjacent to playing fields but none were as elegant as these two birds from the windswept grasslands.

Wherever you find cattle you will see cowbirds. Certain species like the rare Brewer's Sparrow and to some extent the Grasshopper Sparrow need a specific type of grassland to nest in. They prefer native pasture which has been grazed by ungulates. Now that there are very few Pronghorn Antelope and no Bison the grassland is either sown for crops or used for oil extraction.
These Brown-headed Cowbirds were on the look-out for any unsuspecting birds to lead them to their nests. The cowbirds can then lay their own eggs just as they would have done each year as they followed the millions of bison that used to migrate from Yellowstone to the Prairies.
Of course, we still haven't learnt our lesson and as I look out at the remaining 3% of Manitoba'a grasslands I wonder why there are new oils wells are even being allowed on the last remnants of native grassland.


"It's never late to start birding"