I was just one of those days, the sun had come out after a week of rain but with the wife gone to Seattle and it fell upon me to prepare the Sunday dinner for when they got back later that evening. Don't get me wrong, I enjoying preparing food but it kinda cuts short any birding excursions planned for the day. 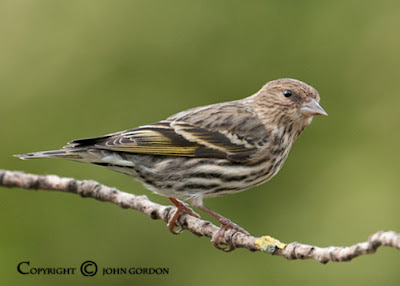 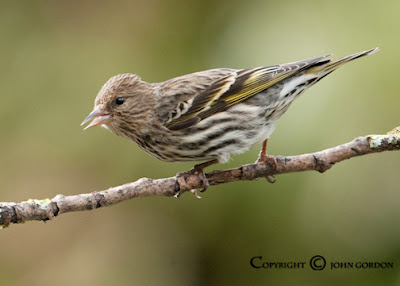 Unable to wander too far, I decided to pop out into the garden and shoot the Pine Siskins that had suddenly found our feeder. Beginning in December a few had visited but were driven away by our thirty or so resident House sparrows. By mid March the few December Siskins had brought back about fifty of their friends possibly because a switch of feed mix seemed to satisfy both Sparrows and Siskins. While the meal was cooking, there was just enough time to set up a portable blind, rig a few twigs for the birds to land on and voila!
Posted by John Gordon at 22:05